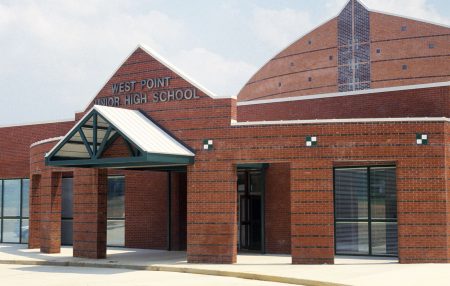 West Point Junior High School includes the 7th and 8th grades. The school district was looking for a design which would include enough space for its students and allow the two grades to be distinct in location from one another.  JBHM designed the building so that each grade would extend down a designated wing, which was separated in the middle by a commons area. To get further use of the space, the commons area also doubled as cafeteria space. Also included in the center core of the building were other support functions, such as physical education, assembly space and band.