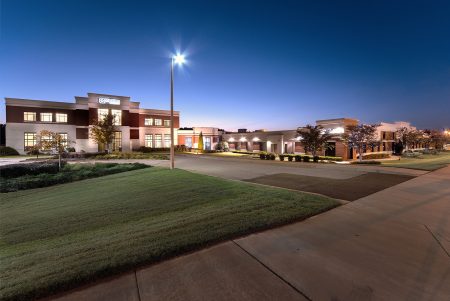 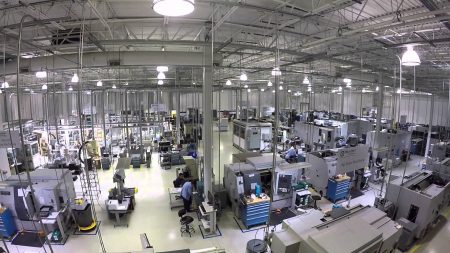 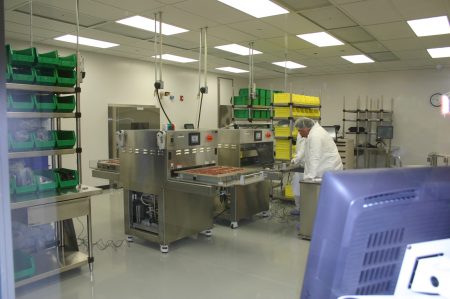 The company nearly doubled the size of its 65,000 square foot manufacturing building sitting on Airline Road with a 50,000 addition. This addition made way for increased production, additional equipment, and some new products. Phase One of construction consisted of a new, two-story building across the street from the company’s main office building. The new building has 8,500 square feet of office space on the second floor, while the lower level consists of an 8,500 square foot employee cafeteria that doubles as a meeting space. The space has a corridor that connects the new building with the manufacturing building, which received a new facade to match the new office spaces, creating a unified building appearance. Phase Two, the new manufacturing building facade and office building renovations.