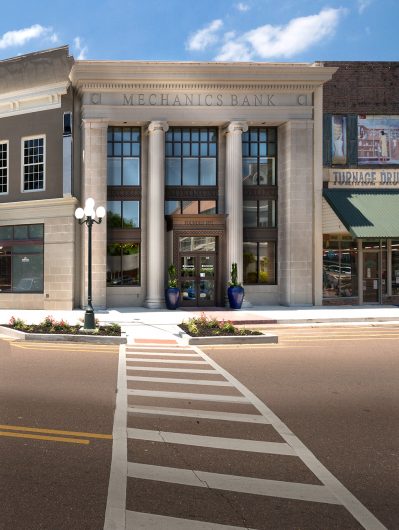 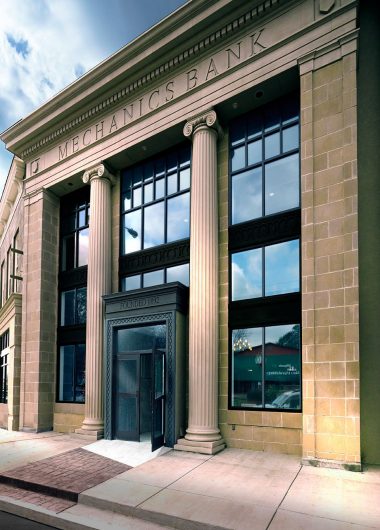 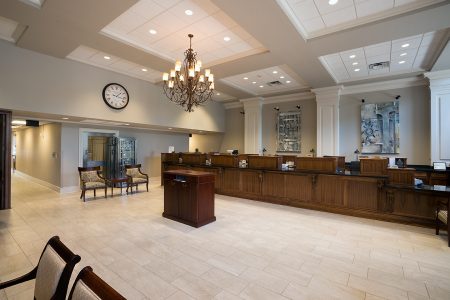 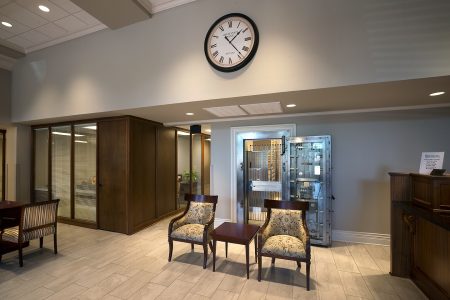 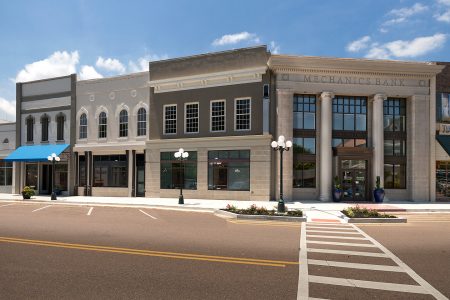 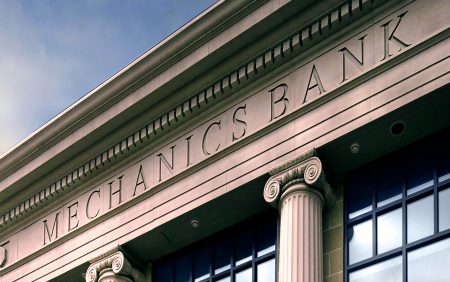 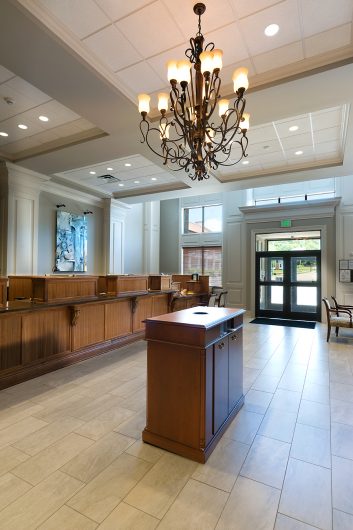 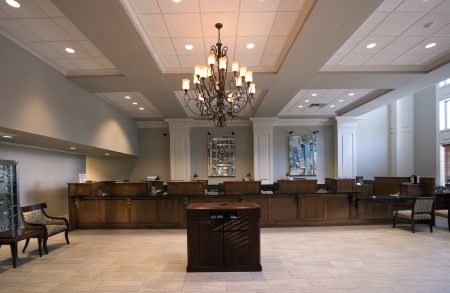 The leadership of Mechanics Bank desired to revive their facility at its historical site in downtown Water Valley, Mississippi.  Since its founding in 1892, the bank has had a place at the heart of the downtown’s significantly intact historic main street.  Over the years the five interconnected buildings that Mechanics bank now occupies had declined significantly becoming an aesthetic void in the historic character and unity of Water Valley’s main street.

Situated in a prominent corner at the center of main street, the bank had become a massive EIFS slab of a facade obliterating all detail of four separate buildings, blending them into a monolithic and homogenous mass completely out of scale with the street.

The renovated buildings evoke the history of Mechanics Bank and Water Valley by looking back to the time period that the Bank was founded, 1897 for design inspiration.  The neoclassical symbolism common in banks of the period, is referenced to create an identifiable primary public entrance to the teller lobby.  The other renovated exteriors celebrate each building’s façade restoring original second floor façade and window details and creating compatible street level store fronts.  Where the bank once was an interruption in the fabric of Main Street, it is now a natural part of the rhythm and scale of the downtown.