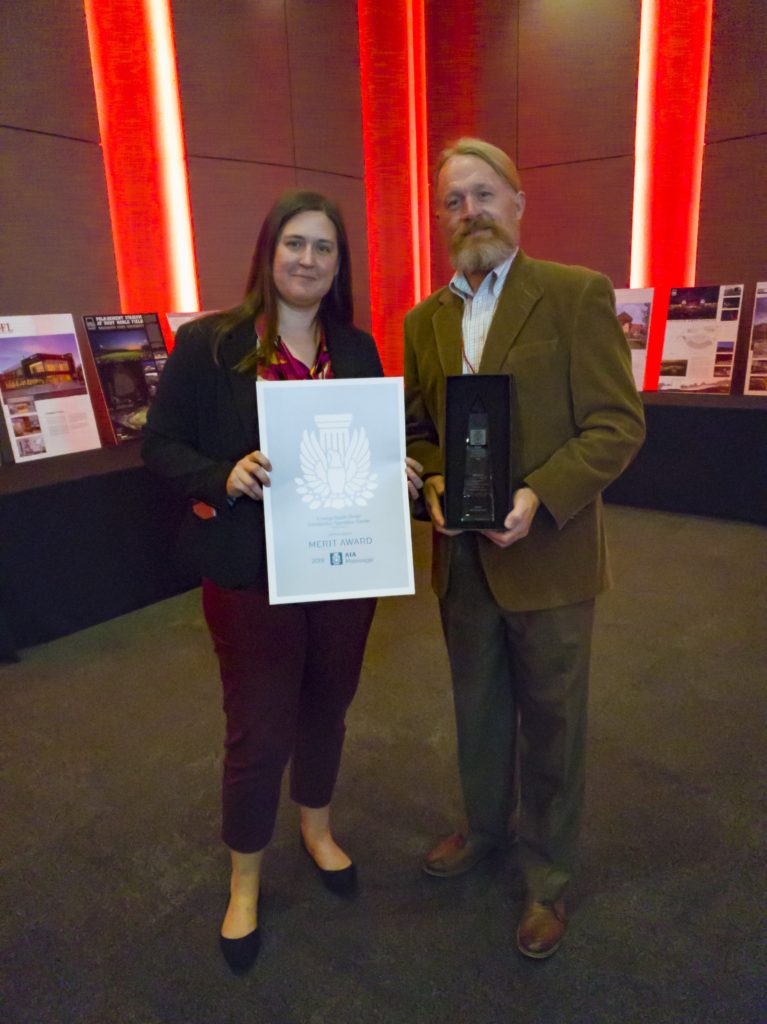 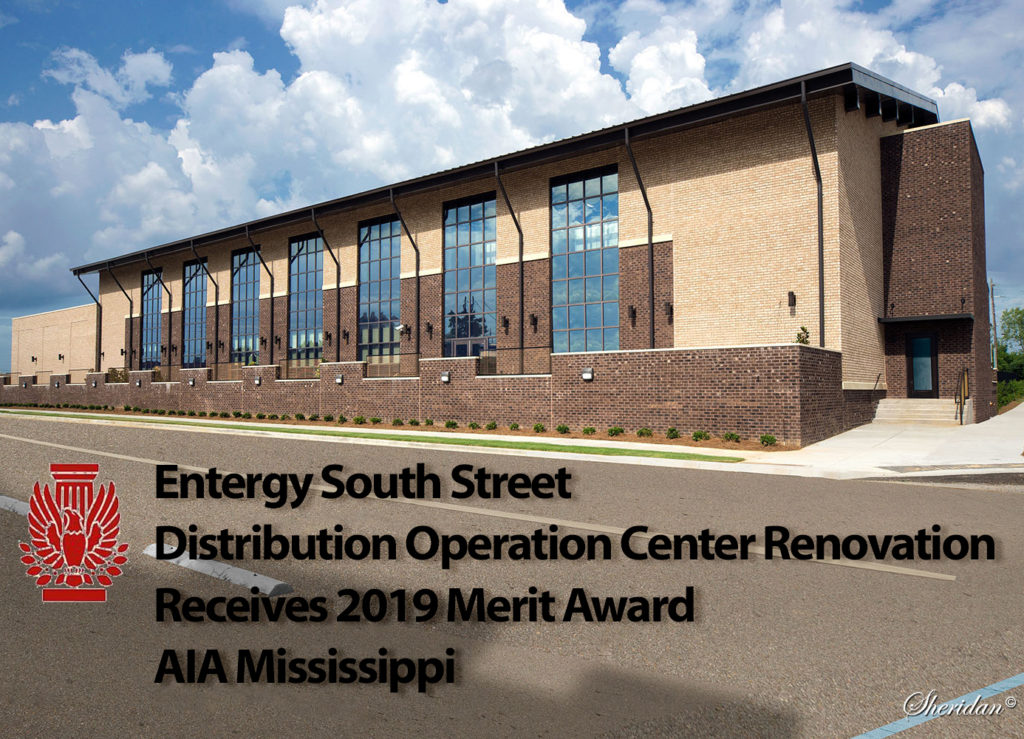 ENTERGY SOUTH STREET DISTRIBUTION OPERATION CENTER
Even though working with an existing building, we considered this structure a near clean slate. Features designed to work for an oil storage warehouse surprisingly work well for a critical electric distribution operation center, considered the ‘brain’ of the electric grid. The existing building offered an already fortified structure with clear-span floor space on the 2nd floor. Utility services – electrical, mechanical, and plumbing – were rebuilt for the modern user, all while increasing security and dependability, vital for storm restoration efforts. Programming brought together several departments that play vital rolls in distribution operations and storm recovery management.

While there were many building features that were advantageous to this new life, the whole building required thoughtful updating in meeting energy codes, life safety codes, and utility services typical to a modern building. Conditioning this building, as well as providing redundancy in that system, required a 5,500 SF mechanical room addition. Plumbing systems were completely gutted and rebuilt – restrooms expanded to serve maximum storm occupancy, accessibility was addressed, multiple breakrooms added, and emergency water tank installed. An emergency generator was also included to allow this facility to serve its customers consistently. Electrical services were rebuilt to provide redundant power and data feeds to enhance Entergy’s disaster resiliency.

While there are many details in stitching together the complex program, the existing structure, and modernization to meet the client’s specific needs, there was one driving theme important to the client – Entergy’s commitment to the capital city. This building is traceable to the 1940s and has lived many lives. Originally built as an oil storage warehouse set in place features that were valuable to this project. The success of this project originates from the working relationships between the Client, the users, the facility maintenance group, engineers, as well as, the contractor and many subcontractors.